Triangles are among the first thing children learn when they are introduced to geometrical shapes. A triangle is a two-dimensional closed geometrical figure whose sides may or may not be equal. The three angles may also be the same or different. Based on the length of the three sides and the angles they form, triangles can broadly be classified into different types: 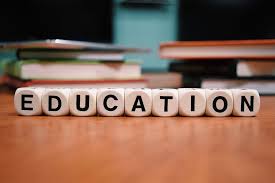 Classification of Triangles based on the angles:

Classification of Triangles based on the length of the sides:

Let us discuss these in detail.

What is an Obtuse Triangle?

A triangle that has one angle out of the three angles more than 90° is called an obtuse-angled triangle. It is a well-established fact that the sum of all the angles of a triangle is always equal to 180° irrespective of the type of triangle. It is thus obvious that the other two angles in an obtuse triangle will always be lesser than 90°or acute.

What are the main properties of an Obtuse Triangle?

How to find whether a triangle is an Obtuse triangle?

We can also find out whether the triangle is obtuse if we know the sides of the triangle. The sum of squares of two sides of an obtuse triangle is always lesser than the third side which is the largest of the three.

Area of an Obtuse Triangle

The area of an obtuse triangle can be determined by the formula:

The perimeter of an Obtuse Triangle

The perimeter of an obtuse triangle is equal to the sum of all three sides.

Where a, b, c are the three sides of the obtuse triangle.

Real-life examples of an Obtuse-angled triangle

Online portals such as Cuemath have detailed information about all the mathematical concepts. You can refer to them or enrol for the classes to get the maximum benefit. A little effort on your part will make these concepts clear to you. Happy learning!

For a Booming Career in Accounting Join the AAT course

All you need to know about RRB JE Exam