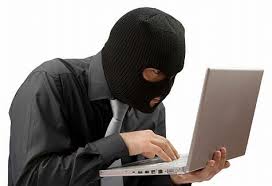 Having antivirus software on your PC is a must these days, but which one should you opt for or upgrade to? This is not just about price, but also about effectiveness and impact. The effectiveness of an antivirus depends on what you use your computer for. So Bitdefender Internet Security 2016 is one of the best options if your main use of your computer is simply for browsing, email and other Internet applications.

But Bitdefender Antivirus also has different solutions for you if you have a wide range of applications on your PC such as productivity apps, games, movies, music, or if you are looking for business grade internet security. The makers of antivirus programs don’t usually tell you about what kind of an impact it will have on your PC, its performance and the impact on other software that you have on the computer. We’ll consider both these aspects separately, so that you can make an informed decision about the products you buy.

A general antivirus is like a wide net you cast to catch all kinds of fish. It blocks most everything that is unauthorized, but it also can let in some very tiny creatures that slip through the net. To catch these small fish, you need exactly the kind of bait they respond to. In other words, you have to find the right kind of antivirus program matching your usage. As far as Internet Security is concerned, Bitdefender is the most powerful software today.

It fights cyber threats automatically with one click security, making the best decisions for you, securing your data, online transactions and privacy. It will prevent unauthorized access with a two-way firewall, and also provides discrete parental control to keep your kids safe when they use the Internet.

The key to Bitdefender’s success is the combination of a security product with artificial intelligence. It ranks above Symantec, Kaspersky and even Intel because of its ability to evolve more rapidly than malware. Their patented machine-learning algorithms are able to unearth and nullify unknown threats in a fraction of a second that you have before it sneaks in. It constantly monitors active programs and will tag any suspicious activities.

The second important thing to consider before you upgrade your PC antivirus is the impact it is going to have on your PC’s performance. It’s a fact that many antivirus programs will slow down your computer considerably. Programs will be slow to open and respond, and you may end up having to upgrade your PC to make it work faster.

But some antivirus programs are able to find the right balance between performance and security. For example, Bitdefender Internet Security 2016 runs all scans in the cloud, which means less strain on your device. It scans only your data’s signature, so no files have to be uploaded or stored elsewhere.

It also maximizes performance by intelligently adjusting and starting or stopping programs based on your usage. So when you are watching a movie or playing a game, it may temporarily block popups and adjust visual settings, and also pause background programs in order to ensure smooth performance.

A recent AV performance test showed that on a scale of 0-6, with six being the lowest impact, Bitdefender comes up tops with a score of 5.7. Kaspersky comes in a close second at 5.6, and none of the other major antivirus software and programs managed to cross 5.0.