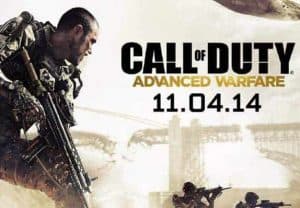 Call of Duty fans, time for you to buckle up. Because the latest iteration of the world’s greatest and one of the most sold third person shooting games is already out. Indulge yourself within the battlefield where the perfect blend of warfare and technology takes place. Graphics on the COD games have always been the top notch quality; and Sledgehammer did a fabulous job developng the game. Call of Duty: Advanced Warfare is out on PC and console platforms, just grab a copy and get your safety off because it’s time to open fire.

The game basically portrays a battlefield from the future. The game franchise has developed through a whole new skill set and gaming capabilities. You’ll need to know the use of the ultra HiFi battle technology and also build the tactics to fight through the challenges of future. The game revolves around the main character named Jonathan Irons who is a very powerful man in the world. Kevin Spacey has starred the character in Call of Duty: Advanced Warfares. Presence of this Academy Award winning actors simply bumps up the game’s appeal. Jonathan Irons is the ultimate hero to shape the war and proceed through.

So in future, the Private Military Corporations have taken over the warfares. Convergence of warfare and technology have led into such powerful consequences that the nations now have to hire outsources from these privately owned military corporations. This leads to a different method of battle the world hasn’t seen before. Battling rules are changed; the country borders have been redrawn. So does the warfare, now PMC owners like Jonathan Irons are the masterminds behind it. 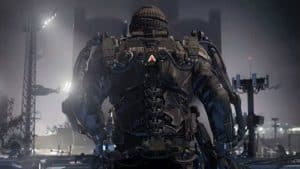 Jonathan Irons owns the largest Private Military Corporation known as Atlas Corporation and since his company is the biggest, he certainly grabs hold on most of these occurrences.

Gameplay and controls are identical to the earlier were. However, you can modify the attack and movement controls. The soldiers are all suited up in the combat exoskeleton which enables the soldiers to move faster and fight well. Weaponry is more developed than ever before, well just like it was expected. Why wouldn’t they be modern in future warfare? Biomechanics implemented all through the soldier’s bodies give them unparallel strength, endurance and fast movement capabilities.

The game has received mixed reviews all through, both from the critics and the user reviews. Out of 11 critic reviews we had assessed, 8 of them were positive and only 1 negative. The two other people had mixed opinion; we’d still take that as good.

On the other hand, the user reviews for the game seemed to be negatively overwhelming. We don’t know what caused the mass dislike, however the positive outputs were almost as same amount as the negative ones so it’s an equilibrium situation. Probably the hardware requirements caused many people to spend a lot of money; or their hardware wasn’t capable of smoothly running the game causing the disapproval. There were 61 positive and 82 negative votes and 17 mixed opinions. 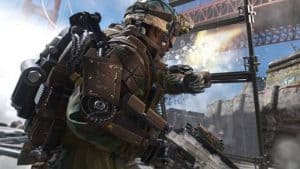 To play the game with the least amount of frame rates and other graphical aspects, you need to have a computer with a Core i3 processor, 6 GB of RAM and 55 GB of hard drive space. Radeon HD 5870 will do, but you will miss out most of the graphics which is the best part of this game.

If you don’t really mind freeing up 55 gigs of space in your hard drive, Sledgehammer welcomes you to purchase a copy of this game. While the hardcore gamers felt a little let down by the game actually; many would actually love the gameplay experience. Let us know which side you think you are in.

This is the guest post by Christopher Austin and DirtBikeGames365.com!