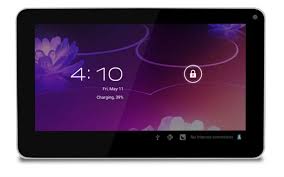 Microsoft has always been in the business of pushing the boundaries of computing technology and the new Surface 3 Pro Tablet illustrates the same approach. While not without its drawbacks, this tablet-keyboard hybrid will definitely turn a few heads. For anyone who has been looking to experience the streamlined convenience of a touchscreen alongside the traditional “feel” of a keyboard, this product is absolutely worth a closer look. What are some of its main features and why might this device make waves in 2015?
Bold Predictions

The Surface 3 Pro can be thought of as a cross between a tablet and a PC. In other words, users have the ability to utilise the touchscreen tablet alone or they can combine this with an included keyboard for added functionality (when writing, for example). In fact, Microsoft even went as far as comparing their version to similar models marketed by Apple and Macintosh. While the official release date is not until late June, many believe that this hybrid is the closest thing yet to true mobile computing without the need of a traditional laptop. Will it stand up to these claims? Only time will tell.

While some will obviously state that the Surface 3 Pro is certainly not as a well-known product as the Macintosh Air, we should remember that the screen size of this new Microsoft version is an impressive 12 inches. This is much larger than the 10.6 inches or less that is offered by some other competitors. In turn, this has allowed the pixel count to be increased to 2160 x 1440. So, viewers will enjoy a slightly higher resolution that has not been compromised by an increased screen size. This makes the Surface 3 Pro ideal for graphical documents, games and watching videos.

Most will first notice that the Surface 3 Pro is encased in a rather “sexy” magnesium shell. Smooth and sleek to the touch, this is then complimented by a thinner and lighter design when compared to the Surface 2. Also, the tactile mouse is made of thick glass while still being durable. This further adds to its overall streamlined appeal.

Developers claim that this model can handle most applications for up to nine hours; this is ideal for those who will be out and about while requiring a long battery life. Like other mobile devices, this unit is able to handle wireless LAN and fibre optic broadband. A USB port is also available for hard-wired connections. A 1.9GHz Intel Core i5-4300U CPU is offered as standard; allowing for robust computing speeds under most circumstances.

The only potential drawback of the Surface 3 Pro can be that the unit runs hot at times. However, built-in vents will help to accommodate for such instances. Boasting a streamlined design alongside a wide screen and a weight of less than two pounds, this tablet-keyboard hybrid may very well make a lasting impact within the 2015 computing market.