AT&T has been pursuing Time Warner for some time now, and although they thought they had a deal back in November of 2017, those plans were scrapped by the Justice Department who blocked the deal. 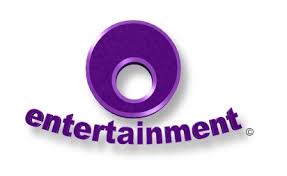 Now, however, the court agreed to approve the merger in June of 2018, which essentially clears the way to allow AT&T to acquire one of the largest entertainment companies in the world. Which brings a big change to the telecom audit services world.

What Does This Mean for Entertainment?

Time Warner (not to be confused with Time Warner Cable, which was purchased by Charter Communications) owns some of the hottest entertainment properties around, including: everything on HBO and TBS, as well as the Warner Bros. properties, which include the “Lord of the Rings” and “Harry Potter” film franchises among many others. Also, in addition to those film and entertainment properties, Time Warner also holds the broadcast rights for Major League Baseball and a variety of video game franchises such as the “Lego” series. In short, the acquisition of Time Warner makes AT&T one of the most extensive entertainment and media companies around and puts them in control of some of the hottest properties in media today.

What Does This Mean For You?

While it’s still too early to tell how this will all play out once the deal is finalized and AT&T begins integrating Time Warner’s assets into the company, what’s fair to say is that there is concern within the industry that AT&T will use these media properties to incentivize customers to their wireless services. It’s also a sure bet that AT&T will create entertainment packages and bundle them with their unlimited data plans, which is a great thing if you’re an AT&T customer but could be less than thrilling if you’re on a competing network.

Although regulators will want assurances that AT&T won’t exclude or limit access to content to people on competing networks, there is precedence for wireless companies favoring their customers over others. Case in point: T-Mobile currently gives their subscribers unlimited access to stream Netflix without it counting against their data caps. No doubt, AT&T will offer similar deals to their customers, but whether or not they decide to de-prioritize customers coming from competing platforms remains to be seen. Ask your local telecommunications consultants if any new deals will come from this.

The Battleground For Entertainment Expands

AT&T’s move here shouldn’t be surprising; everyone from Apple to Facebook to Disney is scrambling to create and snatch up content to sell to people using their respective platforms. Plus, when you factor in the cord-cutting phenomenon and the rise of over the Internet TV options known as streaming, the battleground for consumers grows with each passing year.

Soon, 5G wireless will replace 4G or LTE as the standard, and with that comes crazy fast data speeds, which puts AT&T in the driver’s seat when it comes to streaming mobile entertainment, being the second largest wireless provider and now having an immense library of entertainment properties to deal with.

4 Benefits of Using a Private Jet During Covid-19