Every traveler’s favorite destination, Kerala is replete with almost all natural wonders one can ask for. But God’s own country also has some hidden treasures, tucked away by God himself, away from the prying eyes of the material world, only to be discovered by a true naturist at heart. 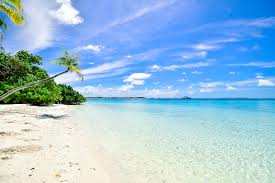 For a soulful experience of Kerala, explore these lesser known beaches on the Malabar Coast.

The northernmost beach on the state, Bekal sits on the borders of Karnataka and Kerala. You can easily travel to Bekal from Mangalore, Goa, Bangalore, etc. Or you can avail of a taxi service in Calicut and reach Bekal in less than five hours. If that route happens to be more convenient. The beach has one of the oldest forts of the region built by Shivappa Naik of the Ikkeri dynasty. The stone relics of the fortress perched on a rocky cliff, surrounded by lines of palm trees, collectively add to the charm of this place.

About 7 Km north of the popular Varkala Beach, is the lesser known treasure of the region called Kappil Beach. In fact, you can easily walk down from Varkala to Kappil and escape the touristy crowd. The road that leads to the beach is a scenic route itself. With the Edava Narayana Lake on one side and the Arabian Sea on the other, the drive to Kappil Beach is as breathtaking beyond imagination. In monsoon the backwaters of the lake merges with the Arabian Sea, offering an island-like view.

The Muzhuppilangad Beach lies about 16 Km from Kannur and 8 Km from Thalassery and is the only drive-in beach of the state. This beach has lesser number of regular tourists or even locals, except for holidays when people gather up for a day picnic. The entire 5 Km stretch of soft sands against the crystal clear water is the perfect place to unwind in the lap of nature, away from the human population.

This beach in Kannur, on the foothills of the Ezhimala Hills, is like one of those perfect wallpapers. The aquamarine blue of the waters and the golden sands cannot be of a more perfect shade. The water has a natural green hue due to the dense growth of seaweed. You can visit the Ettikulam Bay for dolphin sightings. The mystical vibes of the beach are enhanced by an ancient cave at the foothills of the hills flanked by stone pillars with carved figurines, probably belonging to the early natives of the place.

Not just a beach but a beach town, Mahe is one of the hidden gems of Kerala, about 10 Km south of Thalassery. A former part of the Kerala state, this coastal settlement is now officially a part of Pondicherry but assumes the geographical elements of the Malabar Coast. With traces of its French colonial heritage and the postcard-like skyline, Mahe makes for an intriguing escape. To reach Mahe you can fly up to Kochi and take a car on rent in Kochi airport and drive down to the beach town. Being a tiny retreat, there are plenty of things to do in Mahe like taking a paddle boat, kayak, or speedboat and cruise through the waters where the Mahe River meets the Arabian Sea.

Located in Cheruvathur in Kasargod district of Kerala, this beach can give places like Alleppey or Calicut a serious competition. The golden, sandy beaches lined with coconut palms and tiny lagoons created from the backwaters of Padanna adds to its flawless beauty. The only human population you will find here are the fishermen engaged in fishing and oyster farming.

While there are endless places you can be in Kerala, there’s a different charm in being at these idyllic beaches, where the water keeps lapping languidly on the shores, and time flies without you even realizing.

Beginners’ Tips on Investing in the Stock Market

Personal Injury Cases: Claiming With a Lawyer vs. Managing On Our...

Everything you need to Know about Bridge Loans : Characteristics

5 Things To Consider When Looking For A Home Warranty Company

Let your security systems be your guardian

How to prepare thoroughly for holidays: Strategies for the Digital Marketing...

Beginners’ Tips on Investing in the Stock Market