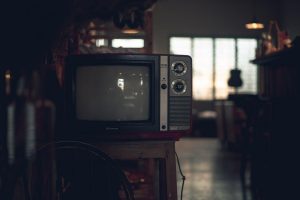 Remember when you were young and watched tv from a box? You might’ve had a few channels that you loved or only kept with the basics depending on your plan. I remember when I was young I used to have to press the buttons to change the channels and find a show on television that I liked.

And televisions have become even better. There are no longer these clunky machines that take up too much room in our homes. They’re now flat and rectangular, which makes it easier for tv lovers to have a tv in their home.

The channels have changed too. Instead of the few channels of old, we have thousands of channels to choose from with just a touch of a button. To top it off, we also have dozens of streaming services to stream new shows and movies whenever and wherever we want which, as these latest Infinity Dish statistics suggest, are becoming more and more popular among the public, with some people even stopping their cable TV subscriptions in favor of streaming services. Streaming has made television even more assessable. For more information on how televisions have changed over the years, follow the link. https://www.digitalconnectmag.com/how-television-has-changed-over-time/

Now that we have all these great, updated changes to our televisions, we don’t need our old, outdated ones anymore. Which begs the question: What do we do with our Old Televisions?

You can try to sell them but depending on their age, conditions, and working ability, you probably won’t get very far at all. No one wants an outdated television set unless it’s a collectible, which is a rarity. The good news is that you can recycle.

How and Where Do I Recycle My Television

You can recycle your television at albuquerque computer & electronics recycling co in New Mexico. They’ll take your old TV for you so you don’t have to worry about storing it in your basement forever. They don’t deliver so you’ll have to drive it by their recycling center yourself.

Why Would I Recycle My Old Television? 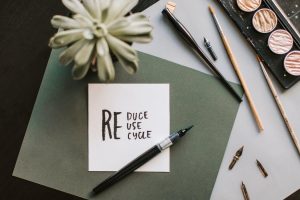 There are so many components in a television. There’s glass, plastic, copper, aluminum, steel, and sometimes, even lead. These are all highly recyclable parts of television that shouldn’t just be thrown away.

For more environmental benefits to recycling your television, click here.

How Much Will It Cost?

The Albuquerque computer and electronics recycling company does charge you to recycle your television. They charge by the pound. So, if you bring in television that weighs twenty pounds, that’s how much you’ll owe them when it’s all said in done. There are some additional costs if your television is over a certain size so it’s probably best to call and talk to them first before you bring it over. That way you can know the price.

Why Am I Being Charged?

Can I recycle other things?

Absolutely! Albuquerque computers and electronics take a whole bunch of different electronics too. They’ll take printers and copiers for a fee which you can find on their website but they’ll take computers, laptops, I-Pads, and servers for free. They’ll also take your old pots and pans that you don’t want anymore.

Just so that you know, they don’t take things like light bulbs, glass, DVDs or CDs, appliances, plastic bottles, or paper. For a longer list, you can look at their website. If you have something you want to get rid of that’s not on their list, you can always call ahead of time and ask them about your specific item.

Recycling your television is so much easier now. You don’t have to waste time looking for a buyer or bringing your television back from goodwill after it’s been rejected. You can drop it off at your recycling company and have it taken care of for you.

How to Take Your Computing to the Next Level With Servers

7 Cool Gadgets That Will Make Your Photographs Look Amazing

How Video Gaming Software has Improved the Overall Gaming Experience