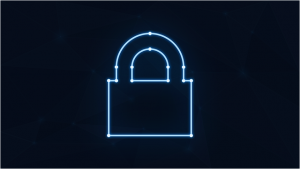 Essentially, pki is the building block of the trust between the communication and offers a safe environment to verify and exchange data. PKI encrypts and decrypts data with the help of digital certificates. The digital certificates are documents created by the certificate authority and prove the integrity of the transaction.

A digital certificate is like an electronic identification device for websites and organizations. These certificates secure the communication network between the server and users.

A certificate authority is used to authenticate the digital identities, ranging from individual users to computer systems and servers. In addition to that, Certificate Authority restricts any falsified authority entering into the system and manages the lifecycle of the digital certificates.

The registration authority is authorized by the Certificate Authority with the power to allow digital certificates to the users. All the certificates that are created, revoked, or canceled are stored in the encrypted certificate database.

How Does PKI Provide Safety To An Organization?

A PKI solution can be created in-house or delivered by a third party as managed PKI services. PKIs have become one of the most important aspects of the business model today. Here are few ways in which PKIs offer safety to an organization

Managed PKI used a hardware security model. This model comes in the form of custom peripheral cards. Yes, parts of the HSM are expensive, but not a single thing is added here, which will be a waste of your money.

Managing several device identities is a complicated task. Hence, to maintain trust in the PKI, the managed services can carefully monitor the renewal process, usage, and misuse of digital certificates.

When the certificate is compromised, it can allow the hackers to take advantage of such a situation by infiltrating your database system. To restrict this from happening,k a managed PKI service maintains a Certificate Revocation List to identify and compromise certificates.

The security layers can include biometric authentication, data control access, and surveillance of internal-external areas.

A managed PKI service should be able to offer both factory provision and cloud-based provision. The factory binds a device identity during the whole manufacturing process via cryptographic keys in the factory provision. In addition to that, the security can be increased by limiting the data access to only a selected few members of the organization.

Today, PKI is considered an important part of business development. However, its complexity, coupled with its initial high installation cost, has discouraged many organizations from taking on the effort of completing the PKI in their business model.

However, the recent cyber attacks have made it clear that for the businesses that want to thrive online, PKIs are something must and non-negotiable. So, Is PKI here to stay? Well, it certainly seems that way.

How to Run a Successful Interior Design Business

The Benefits of Online Invoicing for Small Businesses