The term rare earth metal is a bit of misnomer because the metals that qualify are actually quite common. Their rarity instead comes from the notorious difficulty with which they are separated from each other and from the surrounding rock where they are found. Here is how to identify a rare earth metal, in which parts of the world they are common, and why they are useful. 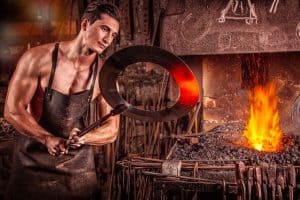 What Is a Rare Earth Metal?

Rare earth metals are elements that share a similar atomic structure. For this reason, chemists have organized them near each other in the bottom two rows of the periodic table of elements. Here are the 17 rare earth metals and their symbols:

Where Are They Found?

Rare earth metals lie in deposits below the ground, just like gold and diamonds do. They exist worldwide, with the biggest sources in China, Russia, and the United States. There are smaller amounts in Canada, India, Africa, and Asia. Some companies specialize in extracting them, and others, like SAMCA, purify and sell them for industrial purposes

What Are Some Uses of Rare Earths?

Although the names may sound unfamiliar, you probably recognize the products that contain them. Here are a few examples of the way rare earth elements are used:

Without our scientific knowledge of different elements and how to isolate them, many technologies would not have been able to advance as quickly as they have. The next time you use your cell phone, thank a chemist.