One of the hit games of 2015 returns in 2022 with a new sequel that is bigger, better, and more post-apocalyptic-er than ever before. Dying Light 2 Stay Human is a direct sequel to the highly-popular Dying Light that first saw the light of day in 2015. This time, however, the developers crafted an even bigger version of the game with improved gameplay features and more weapons, zombies, and parkour.

Dying Light 2 stays true to its origins by being an action role-playing survival horror game. The main objective in the game is to survive the zombie infestation that plagues this dark, post-apocalyptic world.

Among its many features, being able to play online with buddies was one that garnered much critical acclaim back in the day. Players can band together and face the zombie outbreak using several weapons, all while traversing an enormous map with the game’s intricate and innovative parkour system.

Since it is a survival horror game, the main objective is to stay alive for as long as possible to progress the story and uncover the truth. The city of Villedor, with a heavy European inspiration, will be the setting for your adventure.

Compared to the layout of the previous game, Villedor is several times bigger. This allows the player to take on exploration with much more freedom. The map has seven distinctly-shaped districts, each with its respective landmarks and key locations the gamer will need to visit to complete missions.

The game’s advanced parkour system is back in full force this time. The developers promised a jaw-dropping 3,000 different animations for the main character to climb, slide, leap, wall-run, and everything in-between. This allows players to explore this vast open world to their heart’s content and in any way they see fit.

Of course, it wouldn’t be a survival game if there wasn’t some survival combat associated with it. The developers have opted to include a rather nice variety of melee-oriented weapons so that you can hack, pierce, smash, or chop your way through the undead.

Much like the previous game, the zombies are clumsy and slow during the day. But once the sun sets, expect them to become much more vicious and hostile. Now, the big thing here is that you don’t have to fight in this bleak world alone. The game supports up to four players in cooperative online play. So you can look forward to slicing your way through the zombie menace online with company. 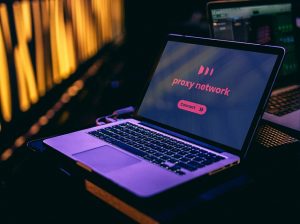 Here is where getting a Dying Light proxy might come in handy if we want to guarantee nothing but a seamless experience when playing with others around the globe.

A Proxy to Fend off the Zombie Menace

A proxy works as an intermediary between your PC or console and the internet service you want to access. It allows you to connect to your game by masking your original IP and then transmitting your request with the IP of a PC located elsewhere around the world. It then routes the response back to your PC or game console.

A proxy allows you to remain anonymous and protect your privacy online. It can also boost your security, thanks to this increased anonymity. You will also enjoy reduced lag and latency in your connection if you use a proxy that is close to other online players or the game’s servers. That way, you can enjoy a smoother, more seamless experience when playing. For a game like Dying Light 2, in which survival is key, you will want to acquire one to enjoy a more stable connection.

Another advantage that is also worth mentioning is the fact that a proxy can help you bypass geo-restrictions and censorship. ISP and governments are known to impede access to certain content. If you live in such a country, a proxy allows you to overcome those pesky blocks. That way, you access the uncut version of the game and play online with anyone you want to.

What are you waiting for? The new and improved sequel to Dying Light is out already. Stay Out promises to be just as thrilling and engaging as its predecessor. With enough content to make your head spin and improved parkouring, it has all the makings of one of the hottest games this year. Be sure to grab a reliable Dying Light proxy whenever you pick the game up. It will come in handy to fend off the undead.

What Are the Functions of a Subsea Test Tree?