Manufacturing is changing thanks to software and automated mechanics. But change itself looks different depending on the technology that’s used. Automation is a general term that can describe different processes. Here is what you should know about the family tree of automation in case you need to look into factory automation Southeast. 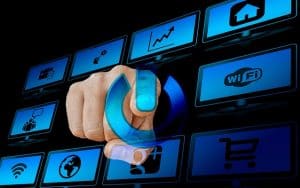 Machines for fixed automation are programmed to do one set task. The programming is also specific to each machine. This is optimal for mass production because you can maximize specialization among your machines. Program each device to work at a specific stage and make a certain part and companies can see an increase in their time efficiency and production scale. Automotive manufacturers are a prime example of this type of production.

This type of automation is used to produce batches of items. Program your machines to make an item and for a set timeframe you can produce several thousand units. Then you change the program. Machines require downtime to adopt the new program and be ready to operate and produce the next line of products. You can produce more variety in your products with this method as opposed to fixed automation. However, the downtime is very time inefficient.

This form of automation eliminates the downtime of programmable automation and gives manufacturers real-time changeovers for their machines to start producing a different unit. To make this immediate changeover feasible, manufactures might need to buy more machines. These machines are also linked to a remote network that sends programs to their machines wirelessly.

Automation has many forms, each with its strengths and pitfalls. By knowing what you need to produce you can get machines and networks that can achieve that production model. Whether it’s mass production or dynamic models, software has made companies’ productions much more fluid.