Australia is in desperate need of community lead action on climate change. To avoid exponential greenhouse warming, avoid increased congestion and lessen our reliance on imported fossil fuels a large scale increase in more environmentally friendly vehicles is needed. But while electric vehicles have a potentially great role to play in changing the country’s energy, political and economic dynamics and developing more sustainable cities, the technology is not being widely accepted or used, especially in comparison with other prosperous countries. 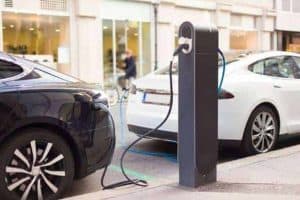 Of course one of the major roadblocks to EV adoption in Australia are the enormous manufacturing costs associated with such low production volume and labour-intensive processes. This makes the upfront costs to consumers in Australia astronomical in comparison to their ICE counterparts. One EV manufacturer even went so far as to state that they would never likely recover the total research and development costs through sales alone. With just a 2.5 per cent profit on EV’s right now, there’s hardly any incentive for local manufacturers or retailers to offer more environmentally friendly car alternatives.

When compared to similar ICE vehicles, the upfront costs to consumers is substantially more for an electric vehicle. However, the total costs over the electric vehicles lifetime are minimal in comparison, but unless you’re a high earner, these extra costs upfront mean you probably won’t ever get to reap the rewards because you won’t be able to finance one in the first place. Chris Jones from the Australian Electric Vehicle Association (AEVA) explains what Australian consumers can expect:

“Most automakers are not currently tooled up to manufacture large numbers of electric cars, so the low production runs are more expensive. Also, most automakers rely on finance arrangements and regular service schedules for revenue. With a substantially reduced maintenance regime, you can expect a higher upfront cost. A new Nissan Leaf is about $39,000 and a new Tesla Model S (P85) is about $150,000. But bear in mind you will be driving around at less than 3 cents per kilometre, while a similarly sized petrol car might cost you about 12 or 14 cents per kilometre. If you drive an average of 14,000 km a year for six years, you will have spent as much overall on your electric car as if you’d been driving on petrol. You’ll also break even sooner if you charge off-peak or charge from roof-top solar.”

Additional costs to Aussie consumers often also come through home upgrades if the house was built before 1970 and hasn’t gone through significant renovations in order to support the extra charging load of the vehicle. 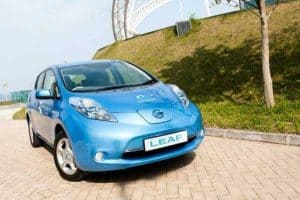 Australia is one of the biggest exporters of energy in the world. The value of Australian imports of crude oil, diesel and automotive fuel equalled more than $32 Billion from 2011-2012. Currently the additional load on the electricity grid is minimal, however due to the risk of oil supply constraints and the country’s reliance on imported fuels, we should be increasing the demand for more environmentally friendly and sustainable vehicles.

“Here in Western Australia, our mains electricity comes predominantly from coal, which makes EVs charged from regular mains power almost as CO2-intensive as regular petrol powered vehicles! But this will improve as more renewable energy is introduced to our grid in the coming years, and in the meantime you can opt-in for Green Power to ensure the electricity you use comes from renewable sources – or install solar panels on your roof to charge the vehicle from.” – Ian Hooper, ZEVA (Zero Emission Vehicles Australia)