People make their financial decisions in a perfectly rational way, but anyone who knows a little about humans knows very well that the decision-making process is generally anything but rational

When we make our financial decisions, we are subject to biases caused by our emotions. Thus, to invest in the financial markets and hope to obtain attractive benefits, these biases should be removed. But first you have to know them! Here we discuss some of these biases and how they can harm the investor. 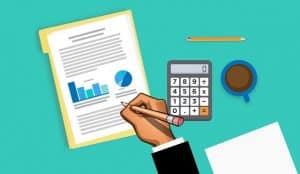 Confirmation is the tendency to focus on information that confirms a preexisting thought. According to this concept, which refers to selective memory, the person will tend to note and even seek what confirms his beliefs and to ignore, not to seek or underestimate the importance of what contradicts them. Confirmation bias can cause an investor to ignore the signs that his strategy is leading to losses. It overvalues ​​information which confirms its opinion and minimizes discordant information.

Overconfidence is the tendency of an individual investor to overstate his investment capacity since he is convinced that he can better choose the best and worst stock market securities than investment professionals. Thus, it is possible that an investor who trades a lot and who suffers from overconfidence does not realize higher returns than those of a portfolio manager. Worse, his returns could be lower, if one takes into account the transaction costs.

The disposition effect is the tendency of an investor to sell securities whose value has risen too early, while keeping those whose value has fallen too long. This effect is explained by the fact that the investor would be willing to take more risks to avoid making a loss. It may also reflect a reluctance to admit an error in realizing the loss. Finally, the investor may also hold a security at a loss because he believes that the losing security will eventually rebound and outperform the yield of a winning security.

The majority of investors are not full-time “traders”. As a result, the attention an investor pays to his investment decisions is often limited. The investor can be influenced by significant events. For example, studies show that investors are more likely to buy stocks of companies that have recently been the subject of news or have experienced unusually high trading volume or extreme returns .

Financial behavior also seems to be influenced by the mood of investors. For example, a sunny day generally has a positive effect on mood and studies have shown that equity returns tend to be higher when the weather is nice where the stock exchange is located.

Obviously, there are other cognitive biases that must all be taken into account when making a financial decision in order to remain as objective as possible and not be influenced by external things .

Why you Need Private Health Insurance for Pre-Existing Conditions