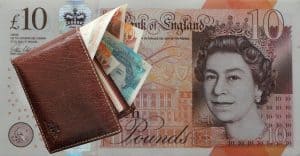 One day, an old acquaintance called me for advice. He wanted to buy a second luxury condo on the island of Montreal. On the phone, he said to me, “Everyone I’ve talked to is against the idea; however, I believe that with your experience, you will be able to understand. Knowing in advance his precarious financial situation, I said to myself: “Phew! He will be disappointed in getting my opinion. “

While chatting over coffee, he listed his arguments for me. Basically, he foresaw a substantial increase in his quality of life, with a potential gain from the resale of his condo as well as the possibility of making money by renting it if necessary. Not surprisingly, I took the side of general opinion. He seemed disappointed, but understood that he would be too tight financially. However, only two weeks later did I learn that he would follow his plan as planned.

This is a typical situation when it comes to buying something you shouldn’t have. We start by coveting it. Then, we disguise it as an “investment” to absorb the emotional shock of the expense. In this case, our buyer knew full well that he was exposed to significant financial risk. However, he wanted to find reasons to justify his purchase, and was looking for confirmation from me. Not having obtained it, he probably met another person who finally nodded. Ironically, if I had approved his project, he would have stopped probing the people around him and would have immediately sent his offer to purchase.

We are here in the presence of confirmation bias. Present in many investors, it is a cognitive bias leading a person to favor information confirming his preconceived ideas, while rejecting or reducing the importance of information that goes in the opposite direction. For example, an investor enthusiastic about the title Beyond Meat (NASDAQ: BYND) will pay attention to everything that is said about the popularity of vegetarianism and the commercial agreements to sell this new product. This reinforces his conviction. In contrast, any comments that the company is still not profitable, the fact that it faces strong competition and the rich evaluation of its title will be almost completely ignored.

Last year, I observed sofas in a furniture store, and I understood that the sellers know well, probably unconsciously, the importance of confirmation bias. Hearing me say that I found a sofa that sold for $ 6,000 expensive, the seller replied: “Ah, but you know, it’s an investment! “

This comment implied on the one hand that one “invested” in comfort and luxury, and on the other hand, in durability, allowing to save in the long term. However, the term seems to suggest that it is not really an expense. We would rather find ourselves in another more or less defined category, allowing the mind to focus less on the harsh reality that an expense remains an expense! Now, I think of the old furniture that I used to receive from my loved ones, who hastened to replace it with expensive furniture that they did not really see as expenditure. It is enough for me to consider all the money I thus saved and was able to place on the Stock Exchange at the time: this is the real investment!

The place where I witness this phenomenon the most is in the renovation sector, with the reply: “It’s a big amount to put, but it will give value to the house!” ” However, in many cases, we do not recover the entire investment. I knew someone who had renovated an entire floor of his house for more than $ 90,000. Something happened in his life, and he was forced to sell soon after. What was not his surprise when this person found that he would recover barely half the amount.

In addition, the opportunity cost is too often overlooked. If you are spending $ 20,000 immediately and you do not intend to sell in the short term, you should consider the yield sacrificed on that amount. Add to that the wear and tear: from the first day when the renovation is finished, we are slowly approaching the next day when everything will have to be redone. Many years ago, the kitchen of my old house was really ripe for a complete change. Being a little excessive on the question of opportunity cost I must admit, I waited 10 years.

Thanks to the good average returns from the stock market over this period (even including the financial crisis), I found myself with several times the amount I would have spent, in addition to having a brand new kitchen. Of course, I could not benefit from it for a decade. That was “investment”.

Having been plagued by confirmation to justify the expense in this particular case, I would not have had any difficulty in obtaining the approval of others. Besides, I didn’t have to ask. I just had to listen to the comments! So you need a lot of discipline. Otherwise, there is nothing wrong with having fun. It is enough to recognize that the expense is mainly used to improve your comfort or well-being, and not that of your wallet.