According to a Dallas video production company, when you look back at the world of marketing, you can see how much it’s changed in the last ten to twenty years. Digital media is now the primary resource people consume to get information, which means you have to direct your marketing efforts towards digital. And one of the best ways to grab people’s attention with digital media is video. 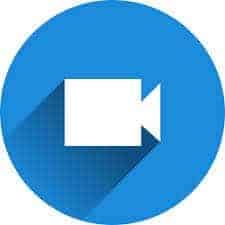 People consume video all day — on their computers, their tablets, their televisions, and their smartphones.

If you’re going to set your sights on marketing digitally via video, there are a few things you should know about the nature and cost of production, which we’re going to cover here.

Pre-production involves all of the preparation you do before you record your video. The steps in pre-production can include script writing, set design, scheduling, lighting, and administrative tasks that ensure your video comes together smoothly once the cameras roll.

In post, you will take all of the footage you shot and cut and edit it together, add effects and music if you wish, to create a pleasing, easy to watch video that effectively communicates your message.

How Much Does It Cost To Produce A Video?

The simple answer is: It depends. Many factors go into the cost of making a video, but the first thing you should do before you record anything is to determine what is your budget.

In its simplest, most inexpensive form, you could grab your smartphone, record your clips and edit them on your laptop. Or, if you have a bigger budget, you could hire a director, a scriptwriter, and professional actors and shoot on a location rather than your office or spare room.

These are the two extremes, but the good news is that there are endless possibilities in between that should satisfy anyone’s budget. Getting good video is easier now than it’s ever been, but as always, the adage ‘you get what you pay for’ applies here.

As mentioned, you can do a video as cheap or as expensive as you like, and here are some of the elements you will have to budget when you’re going for a professional video: Script writing, editing, hiring actors, camera rental or purchase, equipment such as jibs, stabilizers or tripods, hiring a crew, and purchasing stock footage if needed.

While you don’t need all of these things to make a professional looking, high-quality video, they all come at a cost. You’ll have to carefully consider how much you have to spend before you sit down and plan out your video. Put into consideration as well the type of video like a healthcare video might cost more to produce.